Whenever I have to contact a bank, cable company, technical support or virtually any large business, I have to talk to someone in India.

Rajesh, Baasim and Saanjh all answer the phone with fake American names like Randy, Bert and Sam and tell me they’re in a call center in Georgia, when they’re actually in New Delhi.  And while they’re raping each other on buses and have a police system designed to  sweep crimes against women under those buses, they are always very polite to me.

However, most of them don’t have a Fucking Clue about any of the company procedures, how to troubleshoot or even get half of what you’re saying.  And if you ask them if they understand they will repeat what you originally said, and add, “I will help you with” at the beginning of it and then go on with whatever Cueless thing they were saying. 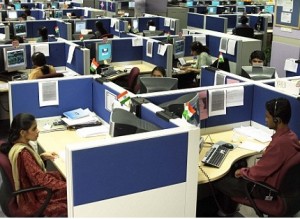 Lord help you if you’ve got to work with them through chat or email.  Either you get cut-and-paste form responses that have nothing to do with your problem or you get something they wrote themselves that make no sense.

Meanwhile there are Americans who would do these jobs so much better.  Yes, they’d require higher compensation, but it’d be cheaper in the long run when each issue didn’t require five calls.

I recently got a promotion for a 5% off grocery purchases from a large credit card company and wrote them three times with the simple question, “Will I get 5% off grocery purchases made at Walmart?”  Twice I got a form letter which cut-and-pasted the original promotion rules and did not answer the question, and the third time I got gobbledygook that didn’t make any sense.

I finally called the bank and got India, then asked my question.  After the agent read me the promotional details again, I explained that I specifically wanted to know about Walmart and she read them to me again.  She tried to bluff me, but she apparently they don’t yet have Walmarts in India and she was clueless about the crossover products in their stores.

I canceled the card right then, or at least that was my intention.  Gajalakshmi, I mean “Gail” probably signed me up for magazines instead.