I ran across an article about a week ago that details the “suicide” of  Edward Dillon III a 27 year old Sheriff’s Deputy in Middlesex County, Boston.  The article made no sense, so I wanted to see what unfolded before I commented on it.

Now that some time has passed, and I’ve read some other articles, I can officially say WHAT THE FUCK!!!??? 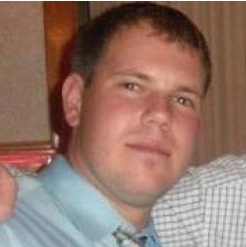 I will link to a couple of news articles at the end of this Blog so that you can read about it yourself, but I will summarize what I’ve seen repeated in at least half a dozen places.  (This isn’t just sloppy reporting by 1 or 2 journalists.)

According to the official reports, Deputy Dillon was on patrol was working the midnight to 8 am shift at the Middlesex House of Correction.  He was driving the perimeter and purposely shot himself in the head, committing suicide.

Now if that’s not enough to make you shout BULLSHIT, get this: The incident was Wednesday, July 25th and by July 27th, LESS THAN TWO FUCKING DAYS LATER police officials announced it was a suicide.

Are you shitting me???

This was a hugely suspicious death that immediately should make people wonder.  But declaring it a suicide a day and a half later takes away absolutely any shadow of a doubt that this man was murdered.  And the first place I’d look are the police who immediately declared it a suicide.