Google is known for being crooked and self-serving, and you should check out Google wants to trick you into Advertising Adsense for them for FREE and Evidence of Google Stealing Ad Revenue on Youtube.  But the scope of the damage they’re plotting is a hundred times worse than manipulating search, invading our privacy or stealing ad revenue.

And nobody is talking about it!

It seems like the idea of Google self driving c 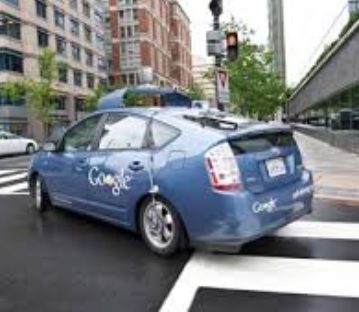 ars is the focus of every tech writer’s report and they talk about all of the wonderful things that will come out having vehicles that drive themselves.

Tell me about how wonderful it’s going to be for the 3.5 million professional truck drivers?  How about the taxi cab drivers, the bus drivers and the delivery drivers?

Just like that millions of middle class people will have no jobs and absolutely nothing to replace those jobs.  Technology and moving jobs overseas has decimated the employment market in America and Google is planning to drop a Nuclear Bomb on the people who drive professionally.

I’m the first one to say I love technology.  And as long as the car drives better than I do (which wouldn’t be hard to do), I’d love to have one.  But what about the consequences to our country?