Lance Armstrong is a Slimeball

There are some Creepy people on the dating sites, and I’ve met my fair share of them.  It’s always a good idea to treat every stranger like a potential ax murderer until you get to know them.

I take rape seriously, so hearing about a woman who made all the wrong choices, and then claims to be a blindsided victim, really works me up.  There are a lot of women who are raped when they couldn’t have done anything about it, and stories like this diminish the credibility of real victims.

“Jane Doe” alleges she was sexually attacked by Alan Wurtzel and is blaming Match.com because they don’t do background checks on every member.  Here’s a link to the story: http://abcnews.go.com/US/woman-sues-match-sex-assault/story?id=13378401 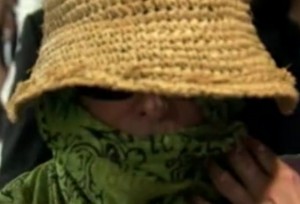 Jane, “wants to remain anonymous,”  but it’s OK for Wurtzel (who has not been convicted of attacking Jane) to be all over the National news.  And it’s also OK for Match.com to be similarly attacked.  Meanwhile, Jane is allowed to stay hidden, even though she was 100% responsible for it all!  WTF???

When you see a stranger in person that you “met” on a dating site, on Craigslist, on a chat board, or any-fucking-elsewhere online, you must assume the worst.  You meet in public and you don’t take them home on your 2nd date unless you’re a whore.   You must get to know someone before you go anywhere privately with them.

This self-described, “sophisticated Ivy League graduate who works in film and television” couldn’t possibly be stupid enough to think that everyone on Match.com had background checks done, especially since she didn’t agree to have one done on herself.  If it were so Fucking important to her that she thinks 10 million Match.com members should be required to have background checks, then why didn’t she spend $5 at one of the online services to do one on this guy before she invited him back to her home?

This woman is bereft of personal responsibility, and now she’s going to become a Millionaire because of it.