The “Drought” is Bullshit!

To be fair, maybe Steven Ercolino, the man shot today near the Empire State Building in NY wasn’t a Jerk.  However, the “dispute” he had with his shooter, Jeffrey Johnson, cost Johnson his job.  And Johnson had filed a legal suit against him for being a Jerk.

But whatever his ex-boss did to Ercolino, it was bad enough to stick with him for a year and still leave him angry enough to need revenge.

If Ercolino was like any boss I’ve Ever had, he wasn’t an innocent victim.  Generally speaking, the Nastiest, Bossiest people become Bosses.  And if they weren’t nasty and bossy before, they get that way quickly. 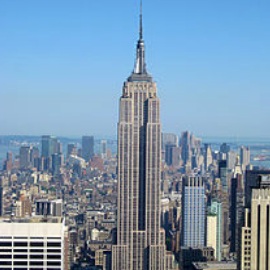 For Johnson to stew on this for a year, and then take drastic action, unlike anything he’d ever done before in his life, you can bet he got some bad treatment.  Every day Bosses make people’s lives miserable and Every day Bosses take people’s jobs and ruin their lives.  Most of the time they get away with it.  It’s nice to see that sometimes they don’t.

I will revisit the topic of Bosses and their treatment of subordinates.  But there’s something else about today’s shooting that needs to be set straight.

That’s right, the cops killed Johnson and then wounded 9 other people.  None of those bullets wounding bystanders were from Johnson’s gun.  In fact, none of Johnson’s bullets were anywhere except inside Ercolino.

The greatest tragedy here, is that the NYC Cops aren’t trained worth a Fuck, and that they hit 9 bystanders while shooting off 16 bullets, killing a man who didn’t fire a single shot at them.