Last time I wrote about how Apple sold out Humanity with their development of a phone virus they want installed around the world in order to manipulate and destroy freedom.

This time around, I have a couple more Apple tidbits for you!

First, if you’re one of the elitist snobs that uses Apple products, you’re not just going to pay more when you’re buying Apple stuff.  Turns out that a lot of companies have figured out that you’re stupid and have a bunch of money to piss away.  They are now identifying web browsing sessions of Apple users and show them higher prices.    Rather than say too much more about it, here’s a Time Magazine article that details what Orbitz is doing. 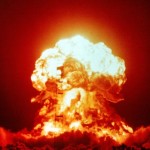 The second funny Apple story is almost as funny as when Steve Jobs made that batch of iPhones with the crap antennas and then told users they were “holding the phones the wrong way” causing them not to work.

Apple has warned that use of counterfeit Apple products, such as chargers, may lead to their deaths.

I hate to do two in a row about Apple, but they’re really Assholes and deserve the attention!