Warning: Norton will Delete all of your Emails and India won’t help!

I’ve had some God awful experiences with antivirus programs being worse than any virus I could imagine, but had almost put that out of my mind, and was pretty settled in to Microsoft Essentials.  I enjoyed the lack of viruses, a low profile and no trouble out of the thing.

Unfortunately ME broke and no number of uninstalls and reinstalls was going to bring it back, so I decided I’d give Norton a chance. 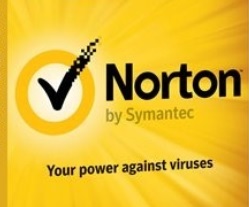 A couple of days after installing, all of my emails disappeared from Thunderbird.  Thousands of emails!  So I Googled the problem and found millions of entries of people complaining that Norton had done this to them too!

Norton’s sloppy programming looks for viruses in emails, and if it finds one, it deletes all of your email – not just the virus attachment.  Unfortunately none of these articles provided any solutions, so I decided to chat with India on Norton’s website.

I’ve previously written about how frustrating it is that shortsighted-cheap-ass-stupid companies would rather pay a worthless, clueless person in India 30 cents a day, instead of hiring someone in the US who can be helpful.   These companies don’t care if their products are supported, they just want to pretend that they are.

I could write a few pages about the horrible, clueless chats I had with 2 customer service agents who could barely speak English.  They assured me that Norton didn’t do anything to me and that I should check with my internet provider to restore the last 10 years of emails that Norton deleted.  “May will they have your email there sir to be put back.”

Then I could go on and on about the 2 phone calls I had to India, and how during one of them the agent told me he’d never heard of this issue and while he was remotely connected to my computer I FUCKING DID A GOOGLE SEARCH AND SHOWED HIM 4 MILLION COMPLAINTS and he still said it was just a coincidence that all of my emails disappeared right after I installed Norton’s Antivirus.

But really, my summary and warning should suffice without all the gory details.

If you don’t want your virus program to delete your sensitive data and you don’t like fake support, then Norton’s Antivirus isn’t the program for you.

And a postscript: After restoring from my backup (thank God for that), and deleting Crap Norton’s from my system, my email is fine.  Guess it wasn’t a coincidence after all, Norton.