Kmart has been tanking for so many years, so I don’t understand why they bought Sears when they couldn’t get their shit together in their own stores.   After a few bad experiences at different Kmarts, I wrote them off my list and hadn’t been to one for quite awhile.

But the other day I thought I’d pop into a Kmart in the “good” side of town, just to see if they were turning 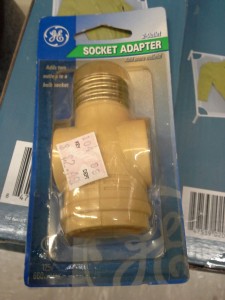 Tagged in the 90's, this was actually a good deal at half the Amazon.com 2013 price!

things around.  And I walked through the doors into a freakin’ Time Warp of old fixtures and product!   And it Smelled Awful!  I can’t even identify the smell, but more than a couple of things must have died in that Kmart and were still there.
Without looking very hard, my friend and I were able to find items for sale that had been priced 10 to 15 years ago, using old pre-barcode tags.

There was a fire alarm in a age cracked blister package from 2001 that had already exceeded the recommended 5 year life of a fire alarm.  There was car deodorant from 2004 and other items dating as far back as the 1990’s!

The selection of “new” items wasn’t much better and included overpriced crap TVs and some VCR decks.  There were some brands that I’d never head of before, and that I expect to never see again.

Much of the candy was expired, and there was “fresh” product placed in front of old.  (But even the most recently added candy was nearing their expiration dates.)  And the pricing was 30% higher than the Walmart price for the same item.  For instance, “Extra” gum was $3.29 at this Kmart, and it is $2 at a nearby Walmart.

The store was filthy, the shelves were falling apart, and the floor looked like it was covered in flaking asbestos tile.

It made me sad to see an American icon like Kmart in such a sad state; but it was also entertaining as Hell! 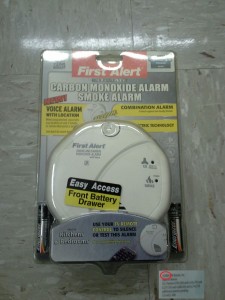 Tune your "sate of the art" 1995 Home Theater System 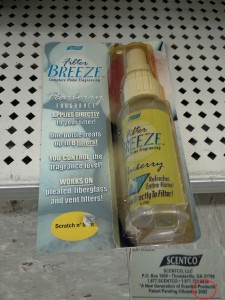