I feel for Sarah Murnaghan, the 10-year-old girl who has had 2 lung transplants.   She got a raw deal with the Damned cystic fibrosis, and even more so with her parents, doctors, new media and lawyers who had a hissy fit and demanded that she be tortured and two sets of adult lungs be wasted on her.

And two adults must die because the lungs that they’d waited for were thrown away on a little girl that they didn’t fit.  (Perhaps a third set will be trashed too, if the lawyers get their way.) 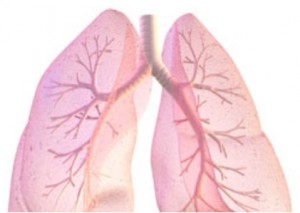 Right now there are thousands of adults who are waiting for lungs for awhile, and it’s not just the sickest top 2 that are the real victims of this debacle.  Every current or future organ patient is now at risk of the same sort of Shit being done to them.

Stupid, self-absorbed people will demand exceptions to do an end run around the law, just like Sarah’s parents did.  And if you’re an adult patient waiting for an organ, you might as put a bullet in your head, since all of the viable organs will be going to children they don’t fit.

Cutting up and smushing wrong-sized lungs into this little girl sets a precedent that will cause so many people to suffer and die.

The reason there is an adult list and a separate child list, is because the large organs of an adult don’t fit into a child.  For the big lungs to “fit” Sarah, her doctor cut them up into bits and squashed them into her.  The failure of these operations on this poor tortured little girl demonstrate that this doesn’t work.

THERE ARE TWO FUCKING LISTS BECAUSE ADULT ORGANS AREN’T SUITABLE FOR CHILDREN!

And now that this 2nd set of lungs is failing, be ready for them to demand that a third pair of lungs be confiscated from someone else in order to be wasted.

Someday if the laws of physics change, then they can change the list.   Suing the Hell out of everyone doesn’t make the Damned adult organs compatible with kids.  The Greedy doctors and lawyers made a fortune at the expense of this poor little girl — and two UNOS patients who had their lungs misappropriated.  And a bunch of media outlets got some good stories.

I’d love to seem them take the lungs out of the Bastards who did this and give them to the patients who are desperately waiting for the opportunity regain the chance to live that was stolen from them.

Instead what we’ll see is more adults dying as organs meant for them are “shaped” into garbage and then shoved in the chests of children.  But as long as the doctors, lawyers, reporters and hospitals all get paid, that’s all that’s important, right?