The “Drought” is Bullshit!

I am getting tired of hearing about how there is a “Terrible Drought” in every state in the US. just like I’ve heard over and over again for the last 15 years.   “Crops are a dyin’, farm animals are a dyin’ prices are gonna rise.  Drought Drought Drought!”

Then it’ll rain and rain and rain, and sometimes it even floods.  Now when it floods, the Crooked Officials don’t dare say, “but we’re still in a Drought!”  But any rain short of a flood that’s sure as Hell what you hear. 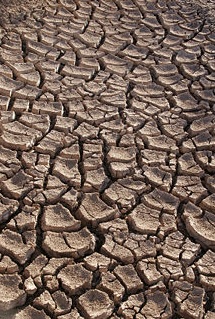 “Despite the rains, we’re still in a Drought.”  And then a few weeks later once the flood waters have subsided, that area is back in a Drought.

We don’t keep having fucking Droughts.  What we have is a mismanagement of growth and resources.  The reservoirs aren’t deep enough, there aren’t enough of them, there isn’t good irrigation, water routing, and reclamation.  The whole water system Sucks.

That’s why are there so many “Droughts” these past 15 years.   The Government has mismanaged tax money that should have been spent accommodating population growth and expansion.  More people need more water.  DUH!

Take Israel as an example.  Of course the Arabs want it now because it’s a fertile oasis in the middle of the desert.  It wasn’t when the Israelis got it 60 years ago.  In 1948 it looked like American farmland during the current “Drought.”  But through good development planning they have enough water.

So while we’re in the final countdown to the 2012 Presidential election is anyone going to ask the candidates why we keep having Droughts, but a Country in the middle of the desert is doing fine?