I’m torn about my feelings for Netflix and haven’t said much about them except to comment briefly about Reed Hastings running the company into the ground.  I enjoyed Netflix DVD + streaming before they split them apart and doubled the price, and I still enjoy the streaming even though much of the content is stale.

But recently I had an offer for a free trial of the Blu-ray service and I thought I’d give it a shot since there are some movies I’d missed seeing.  I also thought it would be nice to be able to see some 3D titles (since Netflix is holding the cable companies hostage and not streaming 3D unless they agree to 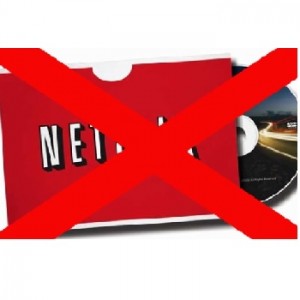 During this month I discovered a few critical things about the Blu-ray plans.

#1 None of the discs are 3D.  Not too much more to say about that.  Just like with the streaming service, you’re not getting 3D with Netflix.

# 3 These discs are all neutered to remove most additional content.  Things like alternative endings, etc. yield a pop-up that says, “not available on this rental copy, buy the original.”  Netflix, if I wanted to buy the disc, why would I rent it from you?

I’m also disappointed that when I canceled the service there wasn’t even an opportunity to give this feedback to them.  Netflix just doesn’t care about improving, which is the cocky-ass-attitude that Reed Hastings has always had.