FedEx is My New Stalker That Absolutely, Positively Won’t Be Here Overnight

Tuesday’s blog (Groupon PoopOn) got me thinking about how hard it is to get a good crab dinner since BP dumped 4.9 million barrels of oil into the Gulf. This girl has been hankering crab since July 2010 and BP needs to pay.

Now don’t misunderstand me, I’m all about curing some bacon or fish after it’s dead, that shit makes it last a good long time and tastes Delish. But it sucks that BP marinated every single live crab in the Gulf Coast with 205 million gallons of crude oil. 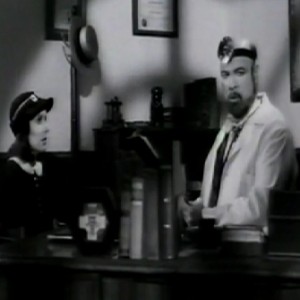 Doctor Can You Cure Me?

I plan to live to be 95. So I figure BP owes me about 65 years of crab dinners, which I have calculated to be worth $50k. (Don’t even try to mess with my math here, I’ll kick your ass.)

While we’re at it, I also want $10k from McDonald’s over this McRib “limited time” crap that they do for the time in between McRib, because I never know when-the-Hell I’m going to be able to order it and it is causing me emotional anguish.

Also I am super-pissed that Borders closed and I need to figure out how much Amazon.com and Barnes and Nobles needs to send me to make that shit right. But that’s all I will say about that right now.

BP I expect my check later this week or you can just send me one of those per-paid VISA rebate cards with my $50k loaded on there. Be sure to wipe the oil off it first please.