I’ve always thought of Apple as artsy-fartsy-tech for people who were too stupid use a PC or who wanted to show off by having the latest expensive iCrap.  Even with all of the lawsuits where Apple claims to have invented everything that’s been done for the last 50 years, I was still pretty indifferent towards the company and Steve Jobs.

But this Google Search shows that Steve Jobs was a Greedy Motherfucker who wanted to enslave the entire human race. 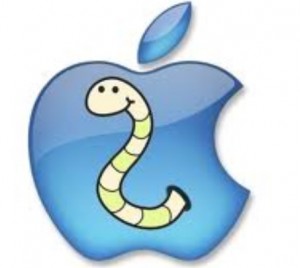 The nutshell version: in 2011 Apple filed for a patent for technology to let Big Brother disable the camera, microphone, text and phone call ability of a crowd of people whenever they want.  With a little black box, the Government (or a concert promoter) could turn off all of the cell phones at a venue.  And they could do this remotely too.  Any phone with this Apple Virus built in would be susceptible to it — and Apple wants all of the phones to have their Virus.

The implications and potential for abuse for this technology is horrifying.  I get that Paramount might not want you filming the latest Star Trek movie, but even more than that, I know that the local Police might also not want you recording them beating the shit out of your boyfriend during a traffic stop.

This is bad, bad, shit.  Fuck Apple and Rot in Hell Steve Jobs!