China wants to kill your pets!

I like the Google products, they’re innovative, cool and helpful.  But it Sucks that they’re a crooked company and so damned Nosey too.  Be sure to read Evidence of Google Stealing Ad Revenue on Youtube and Google wants to trick you into Advertising Adsense for them for FREE.

I also hate what they’ve done to Youtube.  It is flooded with ads (gotta love having to watch a commercial before you watch a movie trailer commercial), half the videos are censored or pulled down for copyright violations, and now they won’t even let people comment unless you sign up for the crap Google+ that nobody wants.

They are in everyone’s mobile phones and searches and God-only-knows-what else, and they know more about us than the damned Government does.   But that’s not enough for them!  So they are constantly sending me this Fucking Spam Email: 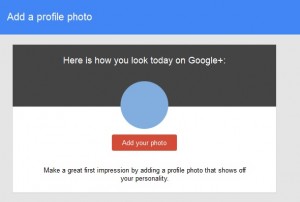 So if you’re not using your real name on a Google+ account because you would like just a sliver of anonymity, Google wants your picture so that they can disregard your wishes and keep building that big file they have on you.

Well FUCK YOU Google+ I’m not uploading a picture!